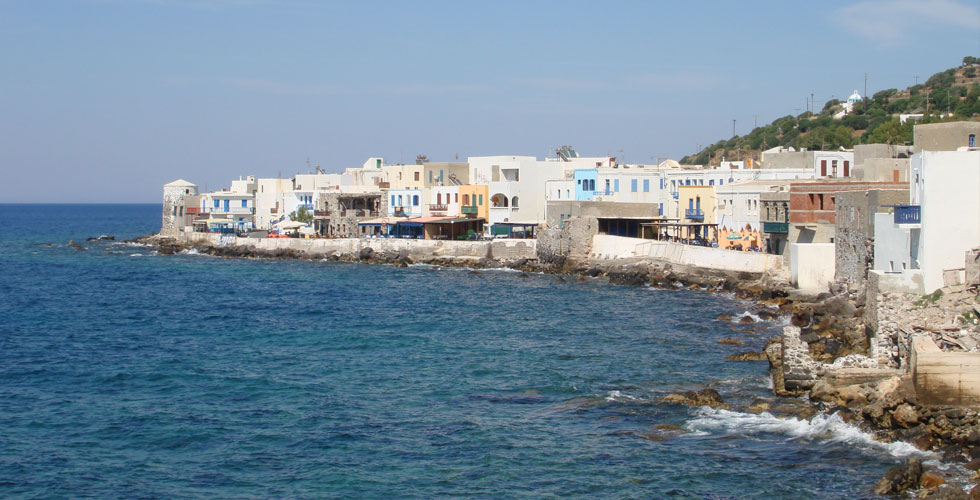 The name of island most likely comes from the prehellenic Aegean times. The first inhabitants of Nisyros were the Kares. They were followed by the Achaeans of Kos and the (of Doric descent) Rhodians. According to Homer, the Nisyrians were amongst the Greeks that fought in Troy. The Nisyrians are also found in the taxation records of the Athenian alliance. They worshipped Apollo of Delphi and Poseidon of Pelasgus whose temple was found in what today is Palos where the old thermal springs of the island were found. Preserved dedicatory columns tell us of the distinguished position held by Zeus, Hermes and many deities in the daily worship of the inhabitants.

The historical fortune of Nisyros is common with those of other islands of the southeastern Aegean. The 5th and 4th centuries B.C. constitute the period of the greatest prosperity of the island. During the Median wars, Nisyros was enslaved by Artemisia, the Queen of Halicarnassus who was sympathetic towards the Persians. Later, and for a short period of time, the Nisyrians joined the ranks of the Athenians. They soon became independent and remained so until 200 B.C., when they submitted to Rhodes whose historical fortune they have followed loyally ever since.

The Ioannite Knights (Knights of the order of Saint John) fortified Nisyros in 1315 A.D. building five forts in strategic positions on the island in the years that followed. In 1422, a huge volcanic eruption formed the large crater in the middle of the island.

The Turks looted Nisyros at least four times until 1523 when they subjugated it and together with the other surrounding islands, brought it under the peculiar, privileged regime of the “maktou”. During the Greek Revolution of 1821, the Nisyrian sailors and their vessels supported the sea operations of the Greeks but Nisyros was left out of the newly formed Greece.

At the end of the 19th century and at the beginning of the 20th, the Nisyrian expatriates from all over the world provided a lot for the island which was unfortunately conquered by the Italians in 1912. It was in 1913 that the last eruption of the volcano occurred. After the Second World War, Nisyros was finally conceded to Greece by the defeated Italians in 1948.